I’m going to listen to my mother, for once.

Ever since that fateful day in 1977 when I crashed my bike and broke my arm in two places after my brother and I followed our mother’s explicit instructions to “GET OUT. TAKE YOUR BIKES. AND DON’T COME BACK UNTIL THE STREET LIGHTS COME ON,” I stopped listening to my mother. 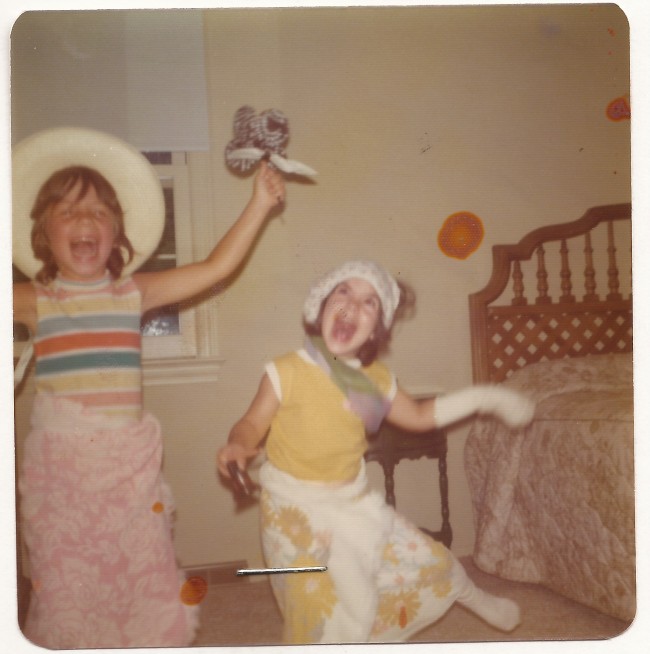 Leslie (left) and friend circa 1977, from my baby book. Notice the staple.

Unfortunately for me, that was the last time she’s ever been wrong.

She told me not to pierce my ears. Result? Double pierced on both sides at age 13 by some clueless teenaged Piercing Pagoda trainee at the Monroeville Mall. Long term result? Thirty years later my ear holes are about as lopsided as my knockers.

She told me not to change majors. I went from pre-med, to computer science, to the quintessence of high-paying job opportunities: history, at one of the nation’s top engineering schools (Carnegie Mellon University). That’s a little like going to Naples and ordering Domino’s pizza… only like a vagillion times more expensive.

She told me not to get a tattoo. You guessed it: I got two of them in my twenties and I now hate them both. At least the oh-so-original vine around my left ankle is starting to blend in with my varicose veins, so who’s winning now? *sulk*

Unfortunately, she also told me not to acquire In the Powder Room. “You know, in some ancient cultures, people left their sick and elderly out on the ice to die,” she reasoned, probably between pages of her latest hand-stapled scrapbooking project.

I guess we’ll just have to wait and see what happens with that one. It sure would be nice if she were wrong again like the good ol’ days of “It’s only drizzling. A little bike ride in the rain never hurt anyone.”

Perhaps my long history of ignoring my mom’s advice is what first attracted me to the possibility of performing in a national show called “Listen to Your Mother.” You know, if you can’t beat ’em, join ’em? 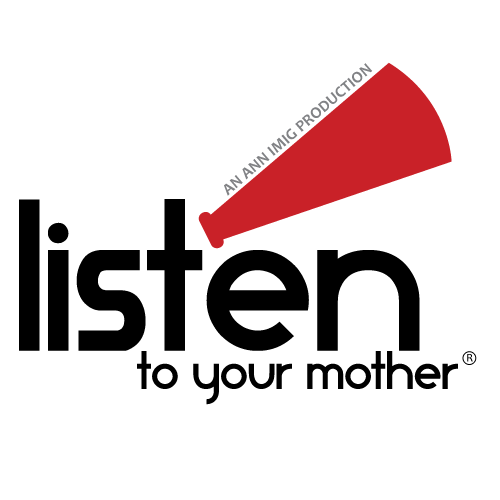 I’ve wanted to be a part of this show since I first met its creator, Ann Imig, at the Erma Bombeck Writers’ Workshop two years ago. But unfortunately, Atlanta wasn’t one of the participating cities… yet.

Oh, I think you know.

That’s right friends, finally, this show has come to Atlanta.

And one crazy Saturday afternoon two months ago between Bucket Head’s Pinewood Derby and Mini-Me’s school talent show, I tossed my hat in the ring and auditioned. To be honest, I almost didn’t go through with it because I was scared to death of bombing again like I did at my first book signing in New Jersey. But I knew I’d regret it forever if I didn’t at least try.

And it was terrifying. My knees were actually knocking together under the table while I read my piece, and then I got ferocious verbal diarrhea and told the co-producers all about how one of Bucket Head’s friends named his Pinewood Derby car, “My Flying Nuts.” 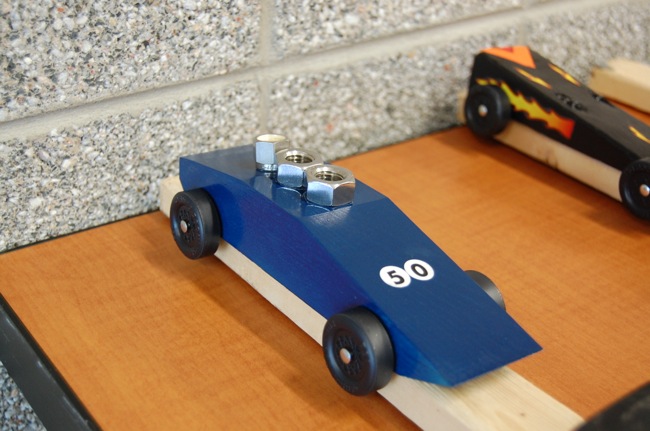 Get it? The nuts? On top of the car? And you wonder why I love being a Cub Scout leader so much.

Ironically, the head injury I probably sustained in that 1977 bike accident is probably the main reason I have the brain of a seven-year-old boy. But I digress.

Anyhoo, as luck would have it, “My Flying Nuts” and all, I made the cast and am one of fourteen performers who will be reading original pieces about motherhood on stage this coming Saturday night, April 26th, at the Earl Smith Strand Theater in Marietta Georgia at 7:00 p.m. 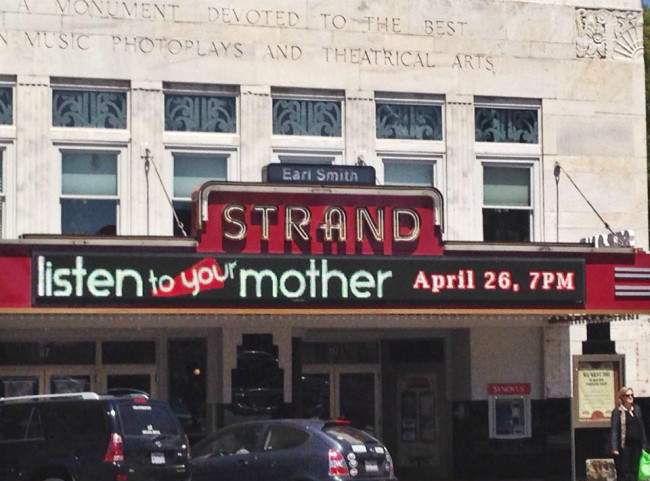 Tickets are still available for purchase HERE, and a portion of the proceeds will benefit a local charity (JustHeart.org).

The piece I’m reading is one I’ve never published or read aloud before (other than at rehearsals). It’s an original essay titled, “Supermom vs. The Brown Lantern,” (why yes, that IS a poop reference, aren’t you clever!) and it’s a humor piece about several of my most memorable and humiliating motherhood moments.

If you’re not sure what to expect, let me leave you with this: my dear friend Shari Simpson, a cast member and co-director of the New York City LTYM cast performing a piece last year about her mother Rose, a belly dancer. Watch this and see why I love Shari, and the whole “Listen to Your Mother” experience so much.

I hope to see you this Saturday!

Don’t look back? Don’t tell me what to do.

I listened to my mother.