“Laughter through tears is my favorite emotion!”

Aw, shucks, you guys. Thank you so much for all the sweet birthday wishes for my dear little Bucket Head and the kind words you shared about my sentimental tribute from last year! I feel all warm and fuzzy, and not just because it’s sunny today and I’m out of Magic Cream.

It’s been a rough week. I shared something very personal on Tuesday In The Powder Room and so many of you were incredibly supportive. I am truly touched and encouraged.

Maybe the lack of alcohol is enabling me to feel all the feelings that I normally keep at bay with my steady drip of boxed wine, or maybe it’s PMS, or the enormous amount of sugar I’m using to quell my alcohol cravings, but Lord have mercy…I could fill a Super Soaker with the tears I’ve shed over Bucket Head’s birthday this week.

I can’t place my finger on what it is about him turning five that is such a big deal to me. I’m ecstatic, proud, and devastated at the same time. There is light at the end of the tunnel, but I’m suddenly so nostalgic and sad that my last baby isn’t a baby anymore.

You should have seen this child in his glory on Wednesday, stopping random strangers in the grocery store to tell them “I FIVE!” (sic) “It’s my birthday today!” and “Now I don’t have to hold down any fingers!”

He gets that from me. I’ll probably be just as enthusiastic when I turn 42 next week and start telling people “Now I only have to take off my socks, count all my digits, multiply that number by two, and whip out my boobs to show you ‘how many’ I am!”

Yeeesh. That’s a scary thought. Just imagine what 43 will be like.

So, if you don’t mind, I just want to linger in his babyhood for a moment longer and thought maybe you’d like to join me since he’s such a popular character around here.

Five Things You Might Not Know about Bucket Head:

1.) Bucket Head is a Water Birth Baby. This may explain why he is deathly afraid of water and does not like to swim, bathe, or touch icky things. Ironically, he is also a Pieces. 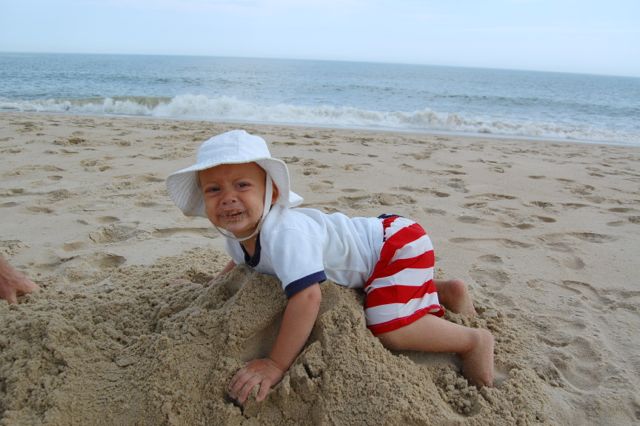 ...the beach is not his fave. He doesn't like the water OR the sand...especially in his mouth.

2.) We call him Bucket Head because when he was a toddler he took to wearing one of my old OxiClean Buckets on his head everywhere he went. 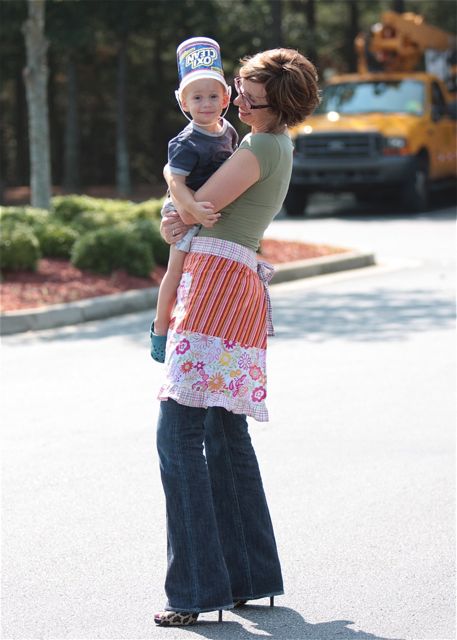 3.) Bucket Head has spent the past 1,828.25 nights snuggled up next to a plastic crib aquarium toy he affectionately calls “Turtle.” Turtle is heavy, stinky, and noisy as hell, but not to Bucket Head. I have faith that he will eventually outgrow his Turtle-dependency, but if not, I can sew him into one of Bucket Head’s pant legs on his wedding day and it will be his wife’s problem from then on out. 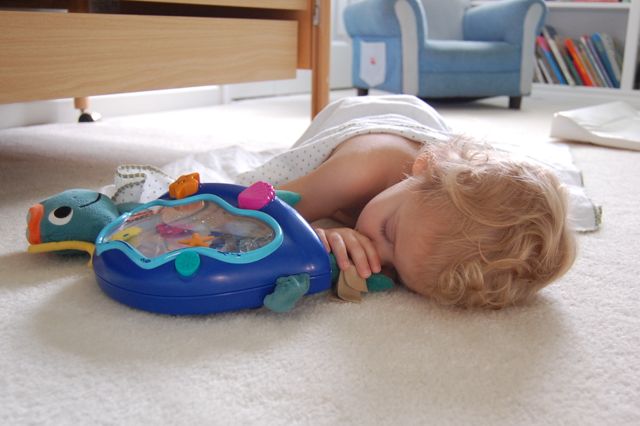 4.) Bucket Head had what my pediatrician called “the worst case of Chicken Pox [he’d] seen in over 15 years” because I fell behind in his immunization schedule. 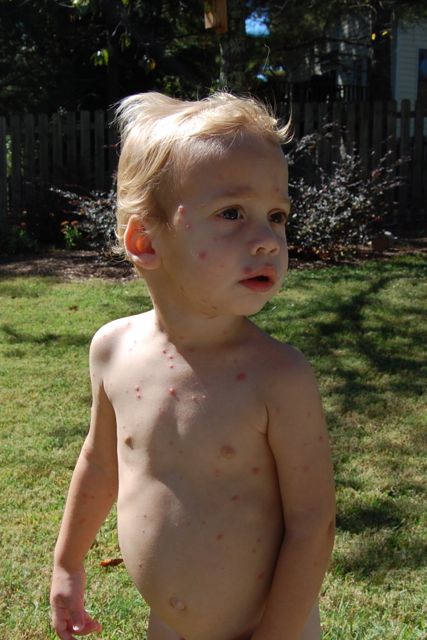 Bucket Head, 18 months old, having some outside nekkid time to dry out the pox.

5.) When Bucket Head was a baby, he had a heart shaped “stork bite” birthmark in the middle of his forehead. It was not very noticeable unless he was pooping, in which case it would glow bright red. We affectionately called it “The Poo Beacon,” a very useful feature for newborns…like one of those pop-up turkey thermometers. 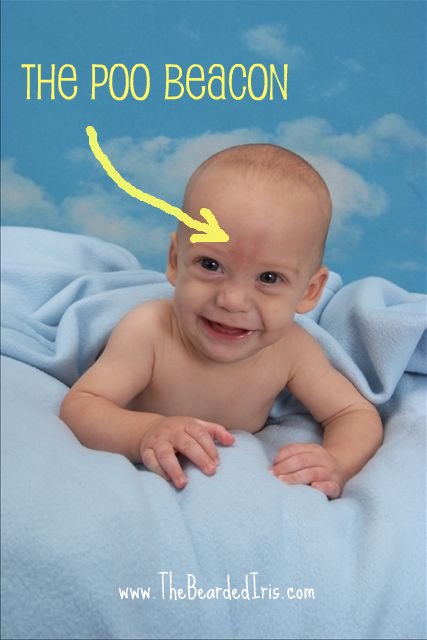 6.) He has always had a knack for making funny faces. 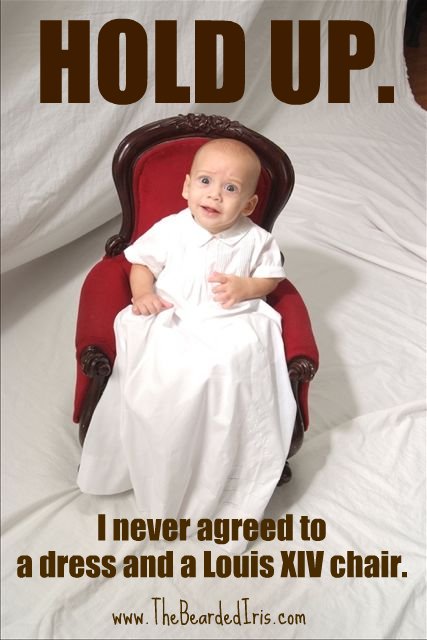 Yup. That’s my Bucket Head. Someday you’ll be able to say you knew him way back when. And hopefully I’ll stop crying by then.

Have a great weekend everyone!

(Psssst. Don’t forget to vote for the Top 25 Funny Moms today!
Just click this link and then click the “thumbs up” sign next to your favorite bloggers. You can vote once every 24 hours until March 21st for as many bloggers as you wish. Thank you!)